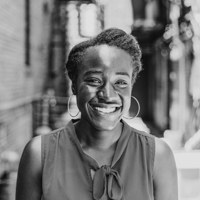 In this month's story, we explore how real world people are using Threshold 360 tools to help shape their travel decisions and engage with the stories of incredible destinations.

Determined to find a new adventure, the two took to the Visit Tampa Bay website - using Threshold's 360º experiences to guide their short day trip around town.

Guided by the backdrop of a slow summer day, Beck and Regan's first stop was a trendy Tampa spot called Splitsville. A recently renovated bowling alley and restaurant in the heart of Tampa's Channelside district, the two decided to preview its offerings before settling on a few games of skee-ball.

"It was a really slow day until I left to go to Sparkman Wharf," Beck said.

"When I left to go meet up with Grace, the day kind of picked up. [We were looking for cool things to do, and wanted to try something fresh for the summer.] I've lived here for 5 years, and thought it would be fun to explore places I've never been before using Visit Tampa Bay's website. Threshold 360's content on their site was incredibly easy to use; the arrows tell you you're going further into the tour - and I liked that. It was nice to know what I was getting myself into before I went there." continued Beck.

For Regan, the 360º experience provided a great opportunity to potentially show others around cool spots.

"I had no idea what the inside of Splitsville was going to look like, but I loved the content because it gives a feel for the area if you've never been there, you know before you leave and just end up wandering aimlessly," Regan said.

"I also think it's a nice way to think about places you can take somebody from out of town when they come to visit - instead of going to do the same stuff I do everyday," she continued.

After a few rounds of skee-ball, the pair headed onto Tampa's free trolley system to visit another location they'd never tried before: Tequila's Mexican Restaurant in historic Ybor City.

Simply using their fingers to interact with the space beforehand on their cellphones, the pair found the perfect outdoor spot to share a drink - but not before gazing at the restaurant's iconic star fixtures above them.

"As a high school art teacher, my summers can also be pretty slow. I had a cup of coffee this morning and had been itching for something fun to do for a few days," Regan said. "When Abby invited me to have a spontaneous trip around Tampa, I was psyched! The content also inspired me. I've been in Tampa for 2 years now, but I want to keep exploring now. I forget sometimes that things are out there."

"I've been in Tampa for 2 years, but I want to keep exploring now. I forget sometimes that things are out there."

"It was fun to explore places I've never been before, and to get a look at the place I was going beforehand so that I had an idea of where I wanted to go." Beck said.