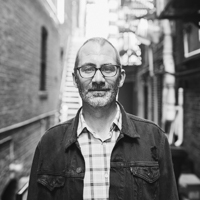 Threshold 360 is excited to announce the rapidly growing number of hotels that have adopted the Threshold platform, Threshold 360's full-service 360° content management solution, to promote their properties in 2019. The Threshold platform is the only digital platform that allows users to host, share and build 360° experiences, including 360° maps, for their website, e-commerce channels and social media profiles.

‍“We have been very happy with the quality of the product and service that Threshold 360 is providing. Their customer service has been exceptional," said Catherine Faber, Director of Sales & Marketing for InterContinental The Clement Monterey. "Threshold 360’s traveling Creators set the bar high for any future video projects."

"As a media type, 360° content has been around for a long time; but no one has figured out how to capture and deliver it at massive scale - until now" said Daniel Kraus, CEO of Threshold 360. "Our customer data proves that our 360° experiences play a major role in helping people decide where to go."

Founded in 2014, Threshold360 is an industry leader for capturing, processing and delivering high-quality panoramic content. Threshold’s Platform enables its customers to capture and distribute interactive experiences, and measure meaningful impact across multiple channels.  Threshold 360 has built the world’s largest library of 360° destination experiences with more than 125,000 restaurants, hotels, historic sites, and attractions in 19 countries around the world. Threshold 360 is backed by a variety of seasoned Private Equity investors, and is based in Tampa, Florida.